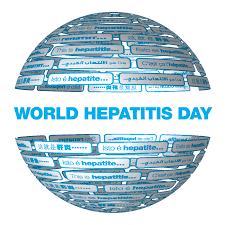 World Hepatitis Day is celebrated globally each year on July 28th. This day brings together patients, governments, medical professionals, the general public and more to boost understanding of viral hepatitis and how steps can be taken to eradicate it. One major step is understanding risk for hepatitis and identifying if you or a loved one should be tested. In honor of this day, we are exploring a little-known fact about hepatitis c - that your chances of having it could be linked to your age.

The U.S. Department of Health and Human Services estimates that 3.2 million people are currently living with chronic hepatitis c. According to the Centers for Disease Control (CDC), 3 in 4 people who have hepatitis c were born between 1945 and 1965, a generation commonly referred to as Baby Boomers. In fact, this group is five times more likely to develop the disease than other adults.

The reason that baby boomers have such high rates of hepatitis c is not fully understood, though most are believed to have been infected in the 1960’s and 70’s when transmission was highest. A few reasons that help explain the higher risk for this age group are:

In 2013, the U.S. Preventative Services Task Force released a report recommending that all adults born between 1945 and 1965 be screened for hepatitis c. In 2015, a survey in the American Journal of Preventative Medicine found that only 10.5 million out of 76.5 million baby boomers had been tested, despite the release of the report urging them to do so years prior. The survey also found higher rates of testing for men than women and also among those with Medicaid or military insurance than those with private or Medicare-only insurance.

The danger with hepatitis c is that symptoms may not appear until the virus has damaged the liver enough for them to surface- this can sometimes take many years or even decades after contracting it. This means that many baby boomers are unknowingly infected with hepatitis c when there are highly effective treatments available. If left untreated, hepatitis c can cause liver cirrhosis and liver cancer, and is the leading cause for liver transplants today. The CDC reports it eventually kills up to 5% of carriers.

At Avella, we are committed to providing life-saving hepatitis medications to our patients, as well as creating resources that help physicians prescribe these medications. That’s why in 2015 we created the hepatitis c mobile application, which provides medications, prescribing information and more to medical providers prescribing for hepatitis c. We also provide a variety of resources for patients of hepatitis c. In addition, you can learn more about how to raise awareness and support others this World Hepatitis Day.

If you or a family member were born between the years of 1945 and 1965, it is imperative that you seek testing for hepatitis c to reduce your risk of further health complications. Contact your physician today to arrange your test, so we can get one step closer to ending the hepatitis c epidemic. If you are looking for a partner in your hepatitis C treatment, you can also download our guide to selecting a specialty pharmacy for hepatitis C patients.