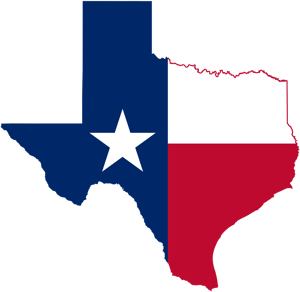 By Aug. 30, four full days after Hurricane Harvey slammed into the Gulf Coast of Texas and inundated Houston and surrounding areas with historic levels of flooding, 574 ZIP codes remained unreachable by shipping companies delivering specialty pharmacy medications for Diplomat, according to Gary Rice, the company’s executive vice president of operations.

“I lived in that area for 30 years and went through many hurricanes and tornadoes, and this is by far the most significant I’ve ever seen,” Mr. Rice told Specialty Pharmacy Continuum. “And the flooding will probably continue for a longer period of time than anyone imagined.”

Other pharmacy leaders echoed Mr. Rice’s observations. “This storm was particularly challenging because it was upgraded as the event got closer, and the full scope of how disastrous it was going to be wasn’t understood until it hit, or even after,” said Rebecca Farrah, the director of pharmacy operations for Avella of Austin Specialty Pharmacy. “The biggest obstacle we’re facing now is getting packages to patients. Roads are closed; airports are closed. We traditionally use Federal Express [FedEx] in Houston and the coastal areas, and they simply can’t get through.”

Diplomat and Avella said they both reached out to their patients in the storm’s projected path ahead of time, ensuring that deliveries could be scheduled early if need be. “Insurance companies have plans in place for situations like this, so you can call and get overrides that will allow you to refill a prescription ahead of schedule in an emergency and still have it covered,” Ms. Farrah explained.

Working with third-party logistics company Dawson Healthcare Solutions, which has partnered with Avella during other storms and natural disasters, the two companies were able to deliver most patients’ drugs before neighborhoods became impassable. Dawson uses several strategies to ensure timely deliveries, including proprietary tracking software that can predict the precise statistical likelihood of a shipping delay through traditional carriers like FedEx or UPS.

Avella goes the extra mile to ensure their patients “have everything they need, not just medication” during these difficult times, Ms. Farrah said. “I just spoke to one gentleman whose house is up higher on a hill. He has his medication for a week, so he’s OK, but everything around him is flooded. And we do have some instances where medications simply couldn’t get to the patients before the storm hit.”

Diplomat reported that a number of its packages were stuck in UPS’s Houston hub on Wednesday—including medications slated for delivery in the flooded region, and those transitioning through the Houston hub to elsewhere in the country. “We’re doing outbound outreach to those patients and resending new drugs from our current inventory on a different routing,” Mr. Rice said. Fortunately, none of the products sitting at the dock in Houston are refrigerated; the company planned for the situation in the week before the storm and ensured that all refrigerated items were delivered ahead of time.

AllianceRx Walgreens Prime, a company owned by Walgreens and Prime Therapeutics which formed in April of this year, also provides home delivery of traditional and specialty medicines for patients throughout the country. According to an email Specialty Pharmacy Continuum received from AllianceRx Walgreens Prime’s CEO Joel Wright, the company also was able to avert significant issues for its patients.

“We began working on delivery alternatives before Hurricane Harvey hit,” Mr. Wright noted. “Our proactive approach of calling patients before the storm to check on their medicine supply, together with our logistics program that tracks packages, really helped to minimize issues."

“For specialty medicines requiring temperature-controlled packaging, we make sure they are shipped in insulated containers that are certified to maintain target temperatures for 36 hours to five days, depending on the medication. During Hurricane Harvey, we have arranged for select local Walgreens stores to dispense medicines for safe pick up, and we have been able to arrange for same day deliveries to patients who relocated to safe areas.”

Mr. Wright added, “We also have a dedicated team that track storms and measures impact to our patients so we can respond immediately. And as always, our pharmacists are available 24/7 to discuss any concerns or questions patients have about their medicine or condition. Our hearts go out to the people affected by this storm and we are doing everything in our power so that patients are able to get the medicine they need.”

As of Tuesday, Walgreens reported that more than 300 out of approximately 500 of its stores in southeast Texas and Louisiana were open, and local Walgreens field leaders and store teams were working to reopen the other stores and restore pharmacy services as soon as possible.

Both Diplomat and Avella told Specialty Pharmacy Continuum that despite extensive efforts, they have simply been unable to reach some patients. “We’ve been able to establish contact with many patients and reshipped their drugs to relatives’ homes, or temporary housing in other areas. But some still haven’t contacted us, and we haven’t been able to get through to them,” Mr. Rice said. “I can’t provide an exact number, but for us, one is too many.”

“For the most part, we have reached most of our patients in the affected areas, and we know they are safe,” Ms. Farrah said. On Wednesday morning, her team spent time working on the situation of a patient whose refrigerated package was stopped in transit. “We were able to send it where it could be stored and refrigerated, and she is safe and has medication for the next week and a half.”

Managing the aftermath of Harvey will be a marathon process. “Right now, with Dawson’s help, we’re reaching out to patients to find out if they’ve been evacuated and establishing where they are now, and where they might be next week or next month,” Ms. Farrah said. “Avella has pharmacies around the country, so if we can’t ship to them from Austin, we can ship to all 50 states from Phoenix.”

Diplomat is also thinking long term. “We’ve proactively pulled reports on patients who are coming up for prescription renewal and making sure they will get the drugs they need in a timely fashion and not skip doses,” Mr. Rice said. “The scope of this is similar to Katrina, and the recovery will be long and hard. When the floodwaters recede, people aren’t going to be able to go right back home. They may be in temporary housing for a period of time, and then with relatives, and we have to keep up with all that. Our challenge will be long-standing maintenance and care of these patients. In this geographic area, it’s going to be all about exceptions for quite a while.”

We invite you to read the original article on at Specialty Pharmacy Continuum.